← Walking in “Promise Land”
Like Jesus in His Death… →

Mary and Joseph: What is Humility? 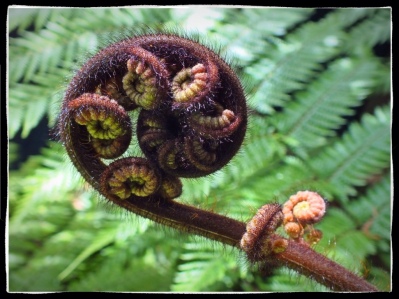 This is how the birth of Jesus Christ came about: His mother Mary was pledged to be married to Joseph, but before they came together, she was found to be with child through the Holy Spirit. Because Joseph her husband was a righteous man and did not want to expose her to public disgrace, he had in mind to divorce her quietly.

But after he had considered this, an angel of the Lord appeared to him in a dream and said, “Joseph son of David, do not be afraid to take Mary home as your wife, because what is conceived in her is from the Holy Spirit. She will give birth to a son, and you are to give him the name Jesus, because he will save his people from their sins.”

All this took place to fulfil what the Lord had said through the prophet: “The virgin will be with child and will give birth to a son, and they will call him Immanuel” —which means, “God with us.”

When Joseph woke up, he did what the angel of the Lord had commanded him and took Mary home as his wife. But he had no union with her until she gave birth to a son. And he gave him the name Jesus. Matthew 1:18-25 (NIV)

Joseph and Mary are such an inspirational couple. Having each received the most profound of revelations, and facing as a couple the certainty of public humiliation because of the circumstances of Mary’s pregnancy, they each responded with a humility that is breath-taking.

In effect, by accepting God’s will for their lives, they were also accepting the promise of both humiliation – for a time – and glory. The same went for Jesus himself, who would accept not just humiliation, but also death on a cross, knowing that glory was coming (and joy!) And yet I wonder, were they humiliated? Is it possible for the truly humble to be humiliated by others?

There is something essentially different between humiliation and humility. Humiliation is a feeling, a feeling of shame and foolishness which comes when my pride and dignity is injured. The attitude of my heart determines how vulnerable I am to being humiliated, and perhaps also what is hidden in my heart. When I’m vulnerable, I open myself up to the possibility of being humiliated either by others, or simply as the result of my own actions. It might come as the result of being ‘exposed’.

Humility is not a feeling, but rather is an attitude of the heart. It comes from within, and is under the control of my will. As humility grows, pride diminishes, and I become less and less vulnerable to humiliation, which means that the way I feel about myself is no longer at the mercy of others. Instead, it is my core beliefs about what is true that set the tone for how I feel.

What strength of character humility brings! It enables me to endure much, and is the perfect partner for courage. In fact, I wonder if true courage may in its very essence be simply godly humility in action.

Thank you Lord God for the inspiring humility of Mary and Joseph. Their courage and their willingness to obey you in everything is something that I want in my own life. Please help me to be humble and brave, and to follow their example. I offer myself to you and ask that you would create in me a heart that is pure and trusting, and that you would work humility in me for your glory.

You can find more great reading about Mary and Joseph in Luke 1-2 and Matthew 2, and about humility in Philippians 2:1-16 .

← Walking in “Promise Land”
Like Jesus in His Death… →