Humility at the Feet of God – An Easter Reflection 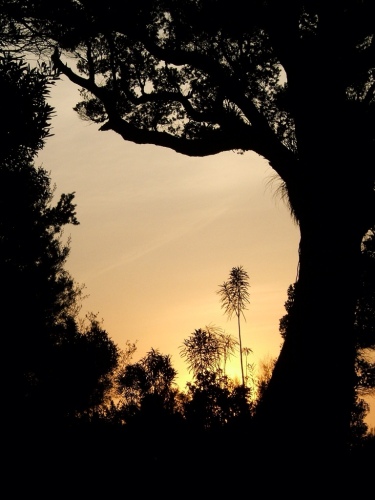 The high priest said to him, “I charge you under oath by the living God: Tell us if you are the Christ, the Son of God.”

“Yes, it is as you say,” Jesus replied. “But I say to all of you: In the future you will see the Son of Man sitting at the right hand of the Mighty One and coming on the clouds of heaven.” Matthew 26:63-64 (NIV)

It's interesting to reflect on the challenge that the high priest made to Jesus. He said, “I charge you under oath by the living God: Tell us if you are the Christ, the Son of God.” The reply he got was exactly what he wanted. He knew that Jesus was compelled to tell the truth, and he welcomed it, not as truth, but as a succinct unambiguous claim of identity: “Yes,” Jesus said, “it is as you say.”

With this statement, Jesus had nailed himself. But Jesus didn't leave it at that. He added a powerful prophetic statement to leave them in no doubt, and to lay down a warning: “But I say to all of you: In the future you will see the Son of Man sitting at the right hand of the Mighty One and coming on the clouds of heaven.”

Anyone there who really was open to the possibility that Jesus might in fact be who he said he was would have cause to swallow hard about what they were planning to do. It was a stark warning, but it fell on hard hearts. The company present would kill Jesus, and his words would come back to haunt them.

There was perhaps one man in that gathering who did have fresh cause to reconsider his opinion of Jesus. Malchus was the servant of the high priest. He had been there when Jesus was arrested on the Mount of Olives. It was he who had his right ear cut off as impetuous Peter lashed out with his sword. And, it was he who looked up to find that the very one they had come to arrest was reaching out his hand, and touching him, and he was healed. It was a moment he would never forget.

I wonder if in that moment, something softened in his heart? Enough to give him reason to pause, and consider afresh, “Could this man actually be who he says he is?”

Humility before God is the only way for us to know truth. It's being prepared to lose face by stepping away from our old attitudes toward Jesus in order to stand with the very one we had previously mocked. Or shunned. Or perhaps simply ignored. It's being able to come before him with hands empty and heart open to say, “I was wrong. And I need you.”

Father God, your approval is what I want more than anything. Ultimately, the opinion of others matters not. Only that you would forgive me, and accept me, and enjoy me. May arrogance be far from me as I thank you, and humbly accept your incredible gift of grace.