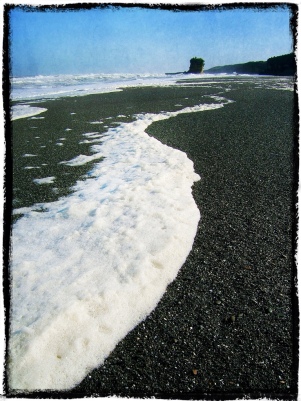 When the angel of the Lord appeared to Gideon, he said, “The Lord is with you, mighty warrior. ” “But sir,” Gideon replied… Judges 6:12-13a NIV

“But sir…” Surely you have made a mistake? How can you say “the Lord is with you” when we are being so oppressed by all these Midianites? We are impoverished! Our land is being ravaged!

And sir, how can you call me “mighty warrior”? “My clan is the weakest in Manasseh, and I am the least in my family.”

The “facts” of the situation, at least as Gideon perceived them, did not seem to line up with this truth that God was speaking.

Gideon's version of the truth was clearly based on things other than God's word to him: His circumstances, his fears, his experiences up to that point. All of these things caused him to doubt.

But God was insistent: “Go in the strength you have and save Israel out of Midian's hand. Am I not sending you?” (Judges 6:14). God seemed to be speaking from some 'alternative reality' that Gideon was not yet able to see. The story as it goes on reveals that Gideon took quite some convincing before he finally mustered enough courage to take God at his word and obey him fully.

But obey him he did. Despite feeling supremely under-qualified, Gideon made a start. And having made that start, “Then the Spirit of the Lord came upon Gideon, and he blew a trumpet, summoning the Abiezrites to follow him.” (Judges 6:34).

It was the beginning of a wonderful victory where two things became abundantly clear: The Lord was indeed with Gideon, and Gideon was indeed a mighty warrior. Who would have thought!

It's up to me to obey by simply making a start. The rest is up to him.

Thank you Lord for your calling on my life. Thank you for your promises and for the potential that they hold. Thank you that the truths revealed in your Word are so much more solid than the apparent 'facts' of my current experience. I choose to believe those truths, to declare them out loud, and to step out in faith as you call me to obey.

“Speak To That Rock!” — On Praying With Authority 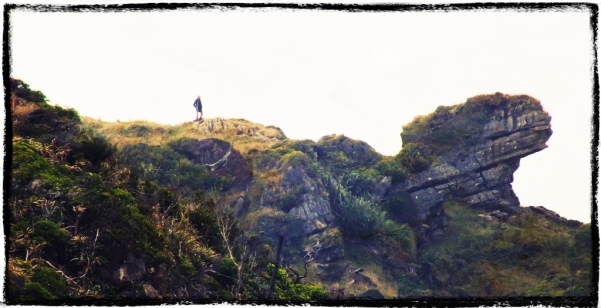 The Lord said to Moses, “Take the staff, and you and your brother Aaron gather the assembly together. Speak to that rock before their eyes and it will pour out its water. You will bring water out of the rock for the community so they and their livestock can drink.”

Then Moses raised his arm and struck the rock twice with his staff. Water gushed out, and the community and their livestock drank.

But the Lord said to Moses and Aaron, “Because you did not trust in me enough to honour me as holy in the sight of the Israelites, you will not bring this community into the land I give them.” Numbers 20:7-8, 11-12 NIV

Moses' good old staff was tried and tested. With it he had turned the Nile river to blood and parted the sea. It was familiar, and he trusted it. He knew that God was going to bring water out of the rock, and so hitting it with his trusty stick was well within his experience.

But God hadn't told Moses to strike the rock with his stick. He had told him to speak to the rock. This was something new — an authority Moses wasn't used to. I imagine him wondering, “Can I really do this? Would it be right? Will my spoken word alone actually be enough to release God's power?”

I note that God didn't tell Moses, “Pray and ask me to bring forth water.” He specifically told him, “Speak to that rock.” Jesus has something similar to say to us:

“I tell you the truth, if anyone says to this mountain, `Go, throw yourself into the sea,' and does not doubt in his heart but believes that what he says will happen, it will be done for him.” Mark 11:23 NIV

Speaking to things instead of praying about them takes a bit of getting used to. Like a child standing on the edge of the garden shed roof in a Superman suit, there comes a nagging feeling, “Can I really fly?”

For most of my life, I have simply asked God to work on my behalf. Just as Moses had his trusty staff, 'prayers of petition' have been mine — my tried and tested method. There's nothing wrong with having a trusty staff. Look at what God said to Moses: “Take your staff”. It was important. Just as my prayers of petition are.

But then God said something new: “Speak to the rock”. I feel that God is bringing the same command to his children today, revealing afresh the authority we have been given. The truth of that authority hasn't changed, but the appreciation of it has the potential to change everything.

Lord God, I want to honour you with my obedience to your promptings. I pray for courage, that I might step out in faith at your command. Please teach me more of the authority I have in Jesus, and help me to walk in it, that your glory might be revealed to all.

See also an earlier post on this theme, Walking in Authority

The Way Into God’s Presence 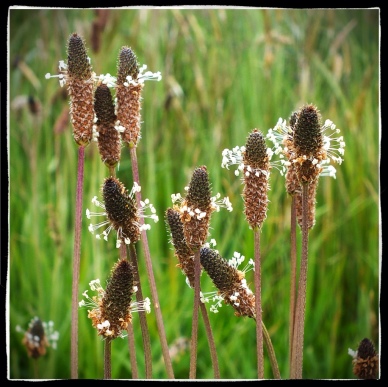 My heart is not proud, Lord, my eyes are not haughty; I do not concern myself with great matters or things too wonderful for me.

“Song of Ascents” is a title given to fifteen of the Psalms, 120–134. It is thought these songs were sung by worshippers as they ascended the road to Jerusalem to attend the three pilgrim festivals (see Deuteronomy 16:16), or by the priests as they ascended the fifteen steps to minister at the Temple in Jerusalem.

These songs were not for God's benefit, but for the singers' – to prepare their hearts and minds to enter into the presence of God. This particular song (Psalm 131) was written by David, who seemed to have discovered the secret of intimacy with God.

And what was his secret? Come like a child. In practical terms, that meant putting aside his pride and all efforts to make himself something he wasn't. He knew he couldn't impress God, and he knew he didn't have to.

Instead, he had learned to cultivate that beautiful child-like attitude of surrender and trust that God so enjoys as we come into his presence.

I too need to cultivate that same attitude of surrender and trust.

Cultivate: Break up (soil) in preparation for sowing and planting; promote the growth and development of; foster.

Father, I see that there is such a beautiful simplicity about pleasing you. I want that same attitude that David had, that beautiful child-like attitude of surrender and trust that you so enjoy.

Lord, I give you permission to break up the soil in my heart, that it might be made soft and tender. If there is any stoney attitude or hardness of thinking that needs turning over, please expose it and help me to deal with it.

Is there anything you want to sow and plant in my life? I invite you, please have your way. And I ask you to grant me the wisdom to always remember the way into your presence.

“But the wisdom that comes from heaven is first of all pure; then peace-loving, considerate, submissive, full of mercy and good fruit, impartial and sincere. Peacemakers who sow in peace reap a harvest of righteousness.” James 3:17-18 NIV